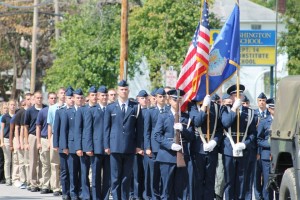 It is a challenge. It is an opportunity. It is a head-start on a lifetime of success, within the Air Force and in everything you choose to do.

Air Force ROTC is a college program offered at over 1000 colleges and universities across the U.S. that prepares you to become an Air Force officer.

What does this mean to you? It means:

But know it will not be easy. Air Force ROTC provides you with a challenging program to hone your time management, physical fitness and analytical skills – and helps you push yourself to achieve your goals.

But for those who are up to the challenge, the rewards last a lifetime. 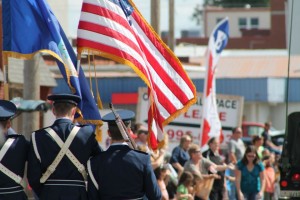 The Air Force Senior ROTC Program is designed to recruit, educate and commission  officer candidates through college campus programs based on Air Force requirements. Units are located at 144 college and university campuses throughout the United States and Puerto Rico. Students from schools near Air Force ROTC host institutions can attend classes through 1025 separate crosstown enrollment programs or consortium agreements.

The Air Force Junior ROTC Program provides citizenship training and an aerospace science program at the high school level. Units are located at over 750 high schools across the United States and at selected Department of Defense dependent schools in Europe, the Pacific and Puerto Rico. More units are projected to open in each of the next three years.

In 1970, Colonel Edward Murphy was the Detachment Commander during the riots on the SIUC campus.  The Detachment was attacked and all the windows were broken out.  Air Force ROTC uniforms were stored in Wheeler Hall at that time; the windows were broken out and uniforms were either stolen or torn up.  A molatov cocktail was thrown in the Supply Office, where a fire started.  The fire was put out, however there was considerable damage.

Colonel C.R. Carlson took over as Commander in 1970 and negotiated with SIU for new quarters for Det 205.  A house was remodeled at 807 S. Normal Avenue and the Detachment was moved to this location during the winter break in 1970.

Detachment 205 remained in the house on Normal Avenue until the summer of 2014 when Det 205 moved to its current location at 1225 Douglas Drive.